Unless you’ve been living under a rock, you probably already know that Rolex released their new 2020 models on September 1st. Most notably, they announced some pretty major updates – by Rolex standards, at least – to the flagship Submariner collection. The changes included the introduction of a larger 41-mm case, slimmer lugs, next-generation movements, and black dials almost universally across the board (the solid gold and yellow Rolesor versions still have blue sunburst dials, which have been around since the early 1980s). The arrival of new models also meant saying goodbye to some existing ones, including the popular but polarizing Hulk Submariner and its white gold counterpart, the Smurf.

Predictably, fierce debates began raging across internet forums and social media platforms within seconds. Is a larger case better or worse? Why only black dials for the steel models? When will the new watches be available? Will Rolex increase production numbers to deal with supply shortages? What will happen to prices for the discontinued models? The list goes on. 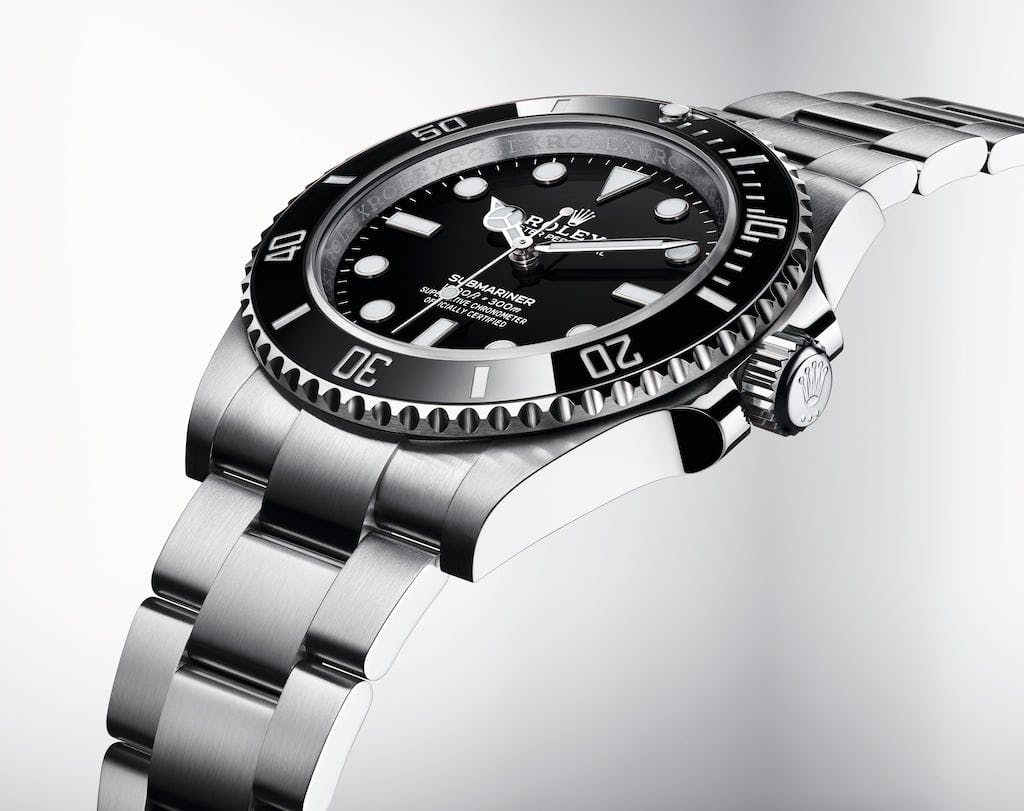 In reality, most people saw many of this year’s changes to the Submariner collection coming. Neither the Submariner Date nor the Submariner had received updates in close to a decade. A new movement for each watch was a foregone conclusion. Likewise, the fat lugs and chunky profile of the so-called “Super Case” – first introduced on the Smurf Submariner in 2008 before making its way to the rest of the collection – have long been criticized for being too bulky. The new Submariner’s slimmer case brings it back in line with earlier generations and has been well-received. Finally, some even predicted even the increase to a 41-mm case after the case size of the Submariner’s deep-sea counterpart, the Sea-Dweller, grew to 43 mm in 2017.

What most people didn’t expect, however, was that Rolex would keep the colorful ceramic bezels on the 126610LV and 126619LB but pair them with black dials. There was a lot of speculation that the Hulk would be discontinued or offered exclusively in yellow gold, but almost no one anticipated a sort of Kermit 2.0 with a standard black Submariner Date dial framed by a green Cerachrom bezel. This watch has had the most divided reception. Some lament the loss of the distinctive green Hulk dial, while others argue that it was too loud and gaudy. Love it or hate it, one thing is for sure: you can expect demand and prices to increase, at least in the short term. 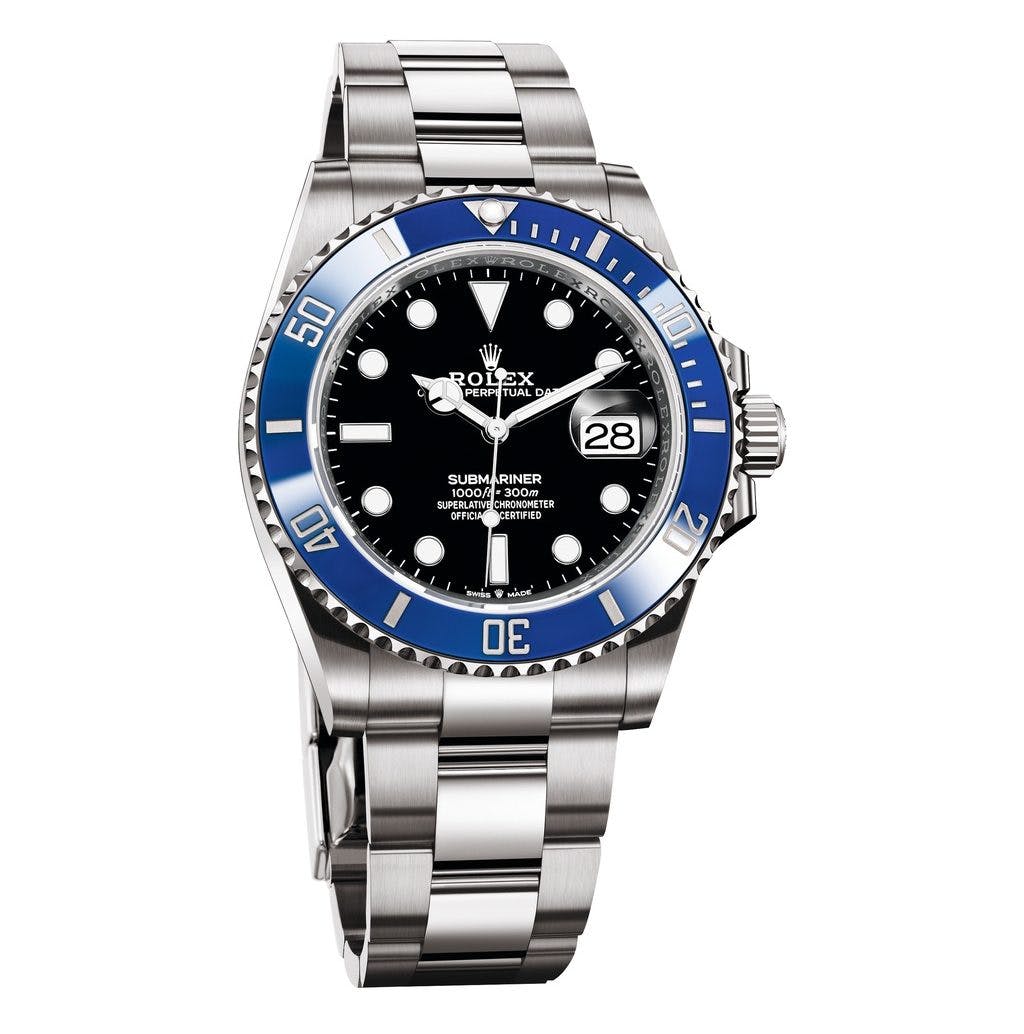 This is pretty standard fare when Rolex retires a steel sports model. We observed the same thing last year upon the discontinuation of the GMT-Master II Batman, ref. 116710BLRO. As you can see in the graphs below, requests for all Rolex Submariners more than doubled immediately following the unveiling of the new models. Requests for the Rolex Hulk, on the other hand, were three times higher than before the announcement. So far, Chrono24 hasn’t seen any significant change in the number of listings for Rolex watches in general or Submariners and Hulks in particular. The Hulk is the only watch that seems to be trending toward a higher median list price. Otherwise, median list prices have remained stable for Rolex models overall. 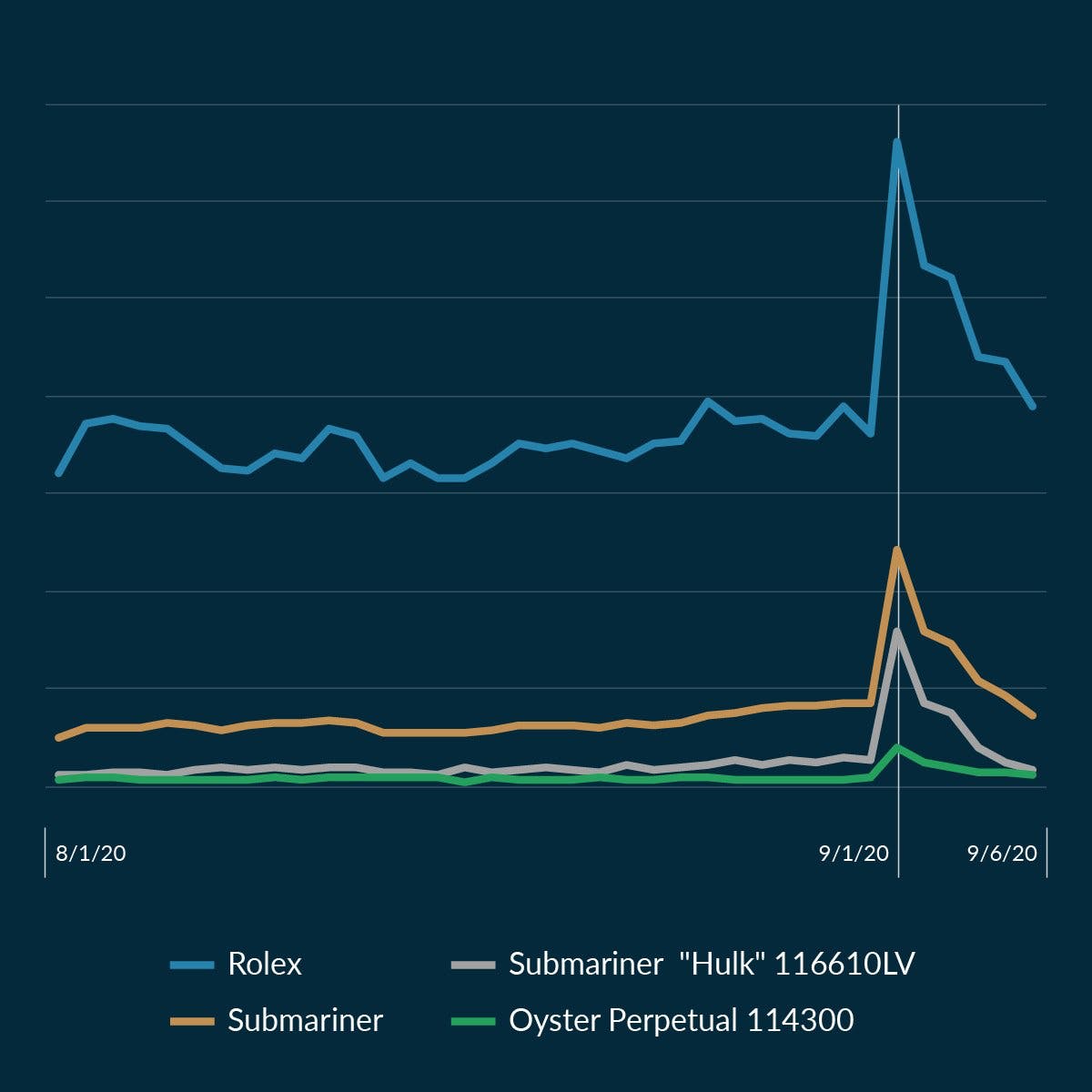 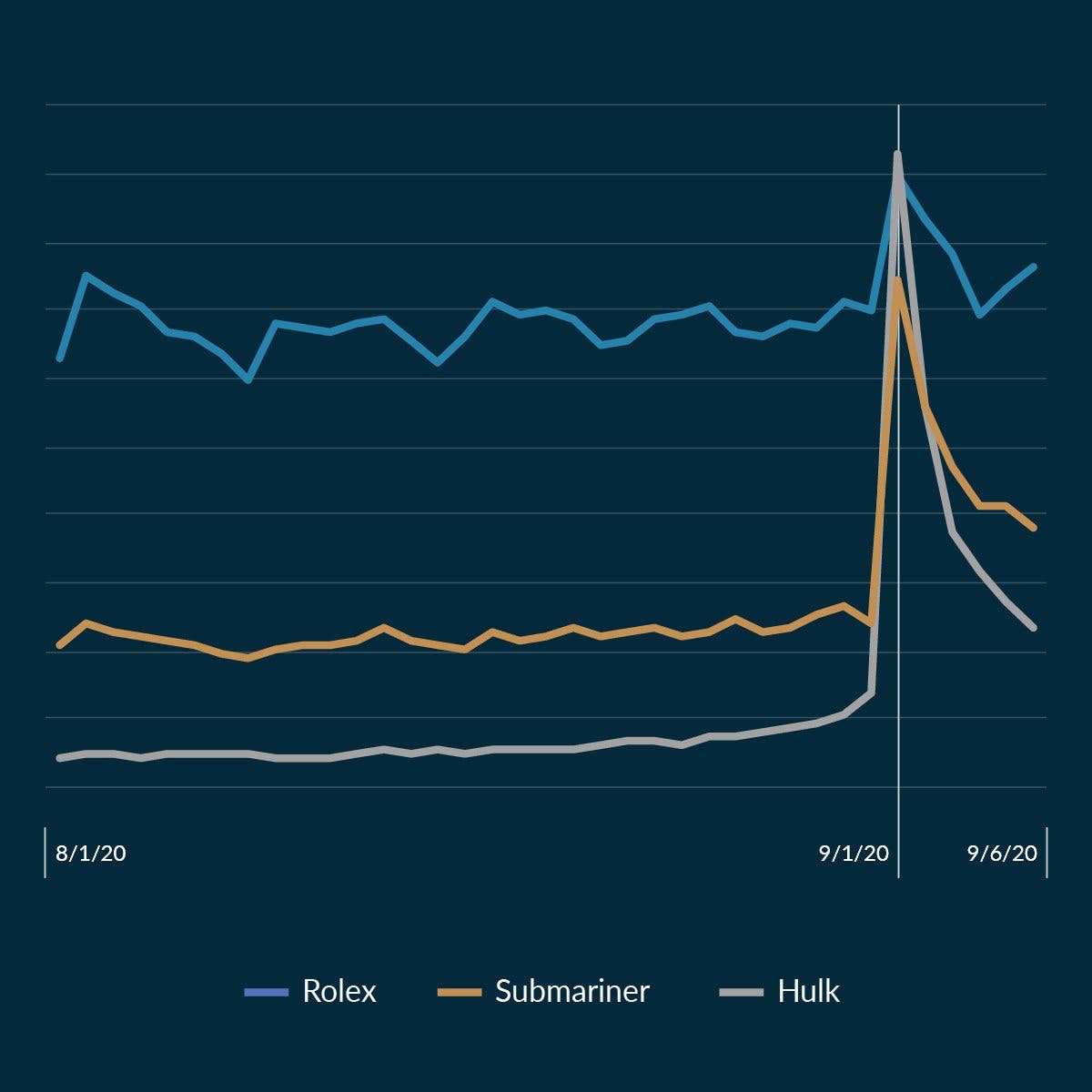 Of course, it’s too early to make any definitive statements on actual sales prices and financial performance. Thus, we will be updating this article again as soon as we can identify any clear trends.

That said, we can make some inferences about what the data might be telling us. For a start, it seems that the market views the new Submariners favorably overall and, therefore, there is less “general” interest in the discontinued models. The solid white gold Smurf has always been a niche product. In fact, before being discontinued, it was trading for below its retail price on the secondary market (a rarity for any Rolex, and particularly a Submariner). The Hulk had broader appeal, but it will be interesting to see whether it can maintain its enhanced value once the speculative buying and selling has subsided. We’re anticipating a similar situation with the updated standard Submariner and Submariner Date models (114060 and 116610LN). Both have shown a slight uptick in value, but there’s been nothing too dramatic as of yet.

Availability is going to have to greatest impact here. Social media is already full of posts of the new Submariner on the wrists of extremely happy owners, but this is in no way indicative of actual supply. Likewise, there have been numerous reports of authorized dealers telling would-be buyers that they don’t know what they’ll be allocated nor when. This lack of transparency accompanies just about every Rolex launch, so while it’s not unexpected, it is indeed frustrating. There is some hope that the use of primarily black dials and new movements will lead to streamlined production. However, Rolex has yet to comment on this in any official capacity. 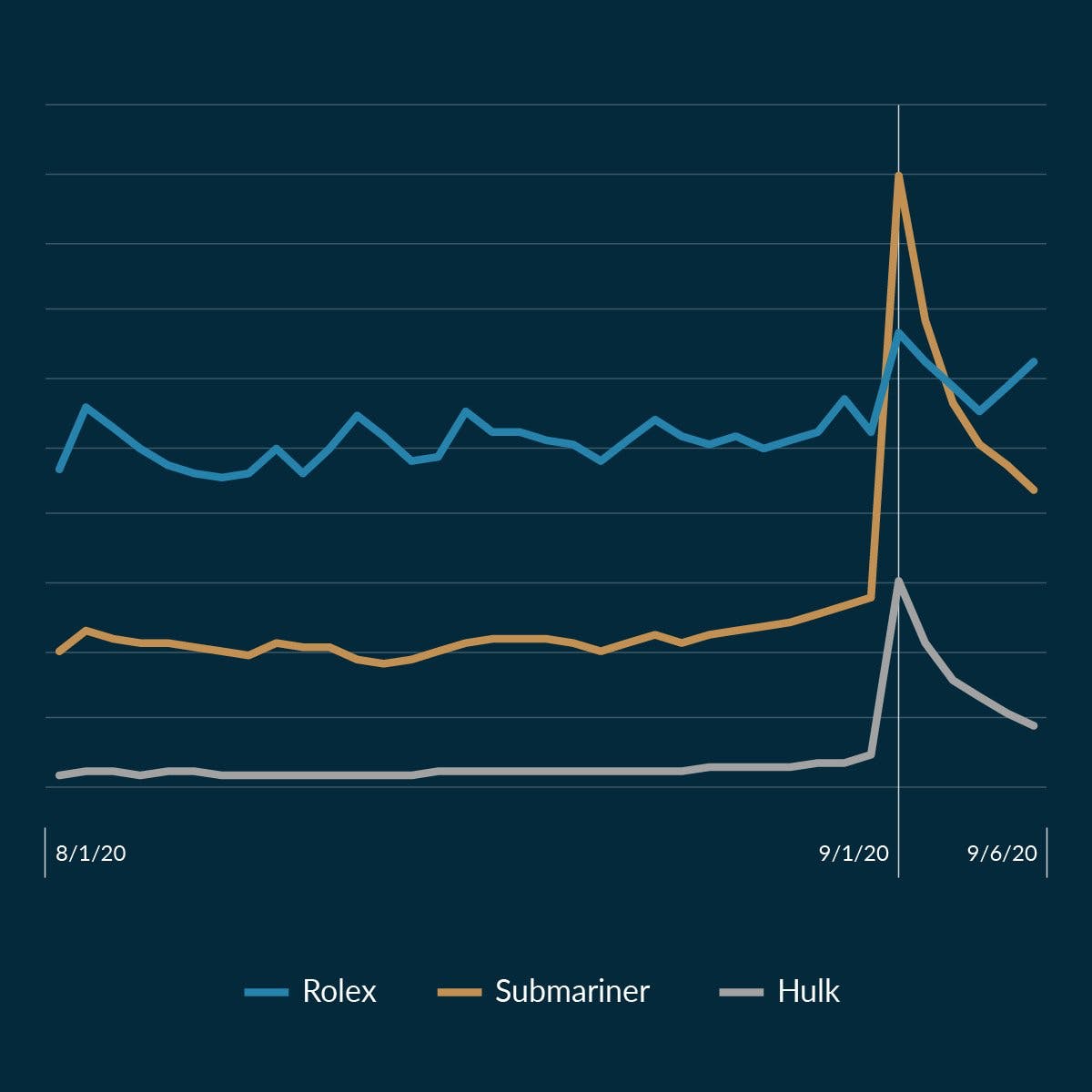 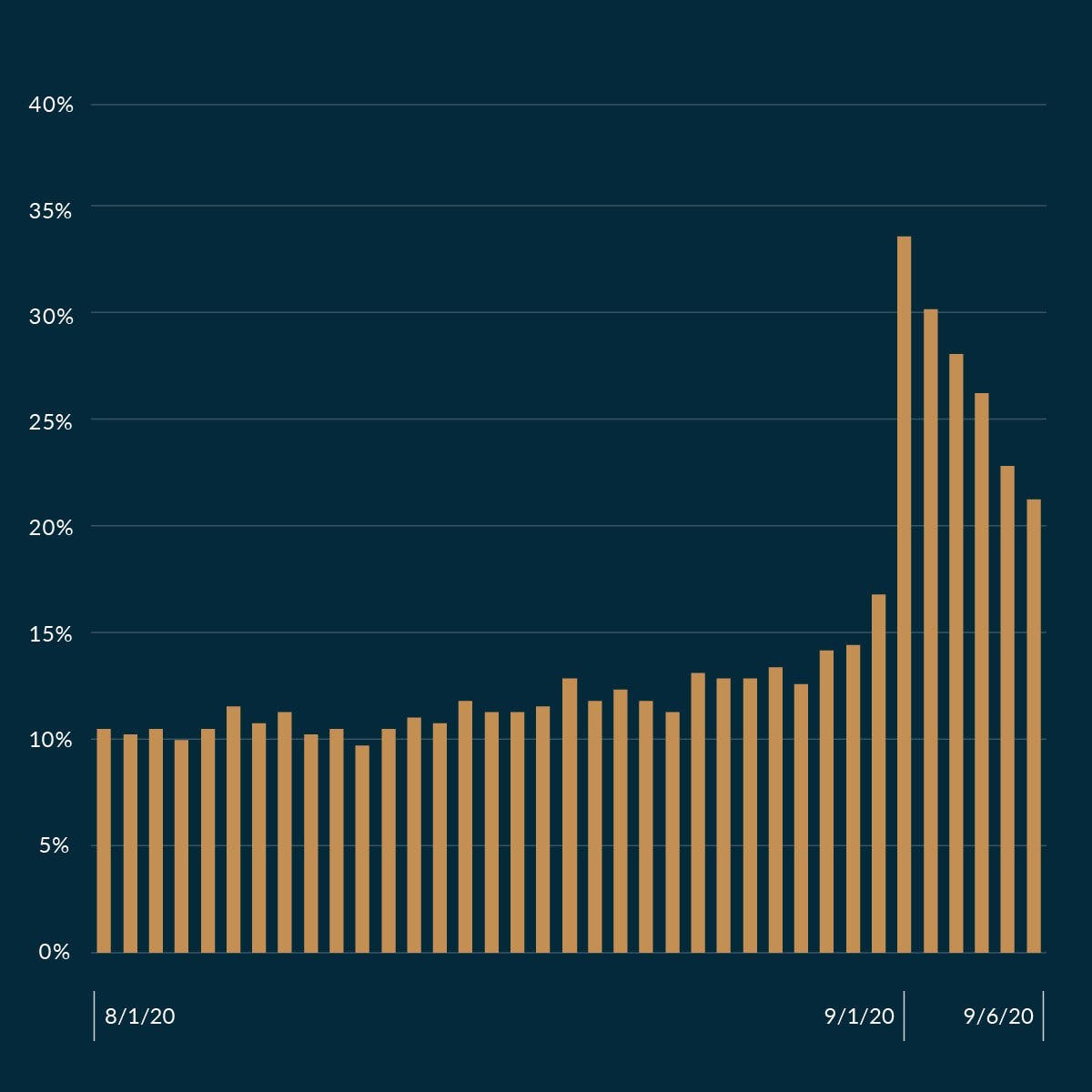 If availability is better than expected, it stands to reason that demand on the secondary market for new and discontinued models might weaken slightly. The only possible exception here is the Hulk, which was already in short supply before being discontinued. Again, it’s too early to make any concrete predictions. As such, we will continue to track the data and update this article with any new trends we see forming over the coming weeks and months.

The 5 Most Popular Non-Rolex Watches on Chrono24

Growing up in Australia in the 1980s and 90s, there wasn’t much of a watch scene. There was only one authorized retailer of high-end watches in the city I lived in …

The Watch in This Article 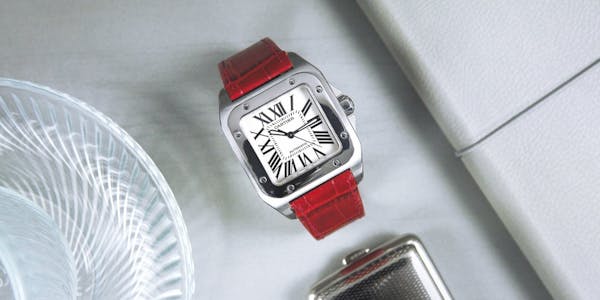 Chrono24 Brand Week: How Cartier Invented the Wristwatch With the Santos! 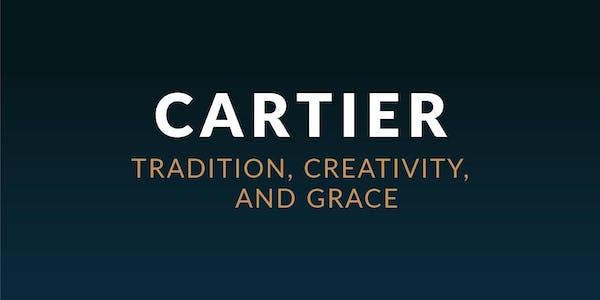 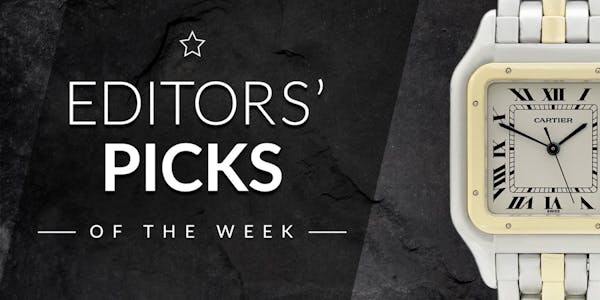